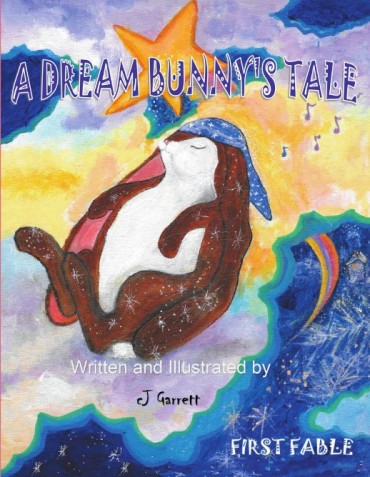 A Dream Bunny’s Tale fable series are whimsical tales about how the hopes, dreams and wishes of all the children in the world float to a magical land known as the Place of Dreams. Barely hidden between the space of sleep and our dreams, you will find out how it all began, and how the children of this world find their way to this magical kingdom.

It all started when Dream Bunny and his best friend, a little star named Twinkley, who both resided in the Place of Dreams noticed that their charmed kingdom was slowly disappearing. The children of the world had stopped using their own creative imagination causing the magical land to slowly fade away.

Fortunately, Twinkley knows what to do, but it isn’t long before the two friends discover that the plan to be in the real world is a bit more complicated than they had anticipated.

Discover how Dream Bunny and Twinkley find a way to save the Place of Dreams!

Christine (cJ) Garrett was born in England to a mother who was an opera singer and a Shakespearean actress. The family moved to the United States when the author was very young. Her deep love for the arts was formed during the many hours she spent as a child backstage watching her mother perform. Following in her mother’s creative footsteps, she is both an artist and a writer.

A Dream Bunny’s Tales series is the author’s favorite works. From illustrations to original lullaby music, to animation screenplay and toys, she has created all aspects of this whimsical project.