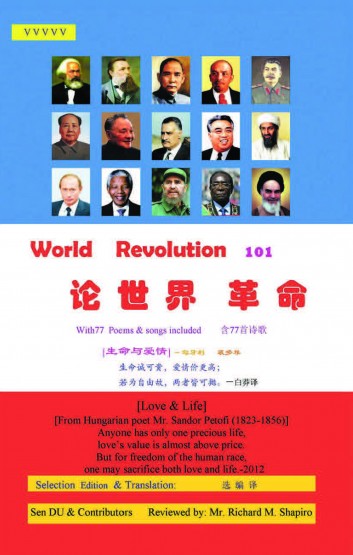 One hundred years ago, the victory of Chinese October Revolution led by Dr. SUN Yat-sen and the victory of Russian October Revolution, headed by V.I.LENIN, opened up the new era of the Infant Socialist Revolution that has dominated the world affairs ever since. They pioneered the socialist revolution, yet they may have not realized the infant nature of such revolution. Without existing successful example to follow, they naturally always try to compare their behavior to the standard of Marx’s Orthodox socialist theory: that often caused them to make the mistake of leaning too far left. Yet there is no reason to expect that the Infant socialist countries which came from feudalist or undeveloped countries should be perfect; it cannot be, simply because they created such unprecedented social systems-beyond any revolutionary’s wisdom.