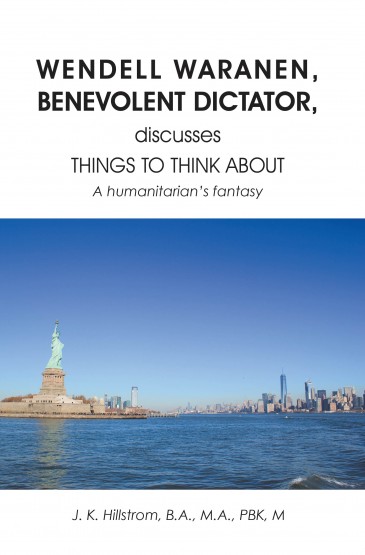 At a time when our nation is tumbling down the rabbit hole of plutocracy and autocracy, this unusual book is a much-needed cry for sanity and a call for ordinary Americans to rebel against what the author terms “organized lust for money and power by controlling corporations.” Read. Rebel. Organize. Mobilize.

A lifetime avid reader on finding early on that “most everything is interesting,” J. K. Hillstrom became increasingly concerned on observing this beloved nation’s demonstrably backward path brought about primarily by the relentless decades-long pursuit for money and power by controlling individuals and business entities. Also a published writer, he decided to express his concerns in this book for the citizenry’s consideration while also suggesting sometimes drastic, yet rational corrections for them that developed into a work somewhat comparable to two semi-iconic predecessor fantasies also written in times of national stress and both well-received by the public, Thomas More’s Utopia of 1516 and Edward Bellamy’s Looking Backward in 1887.