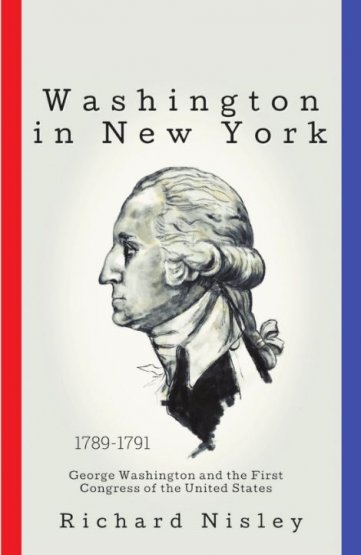 Washington in New York. The nation’s capital is in New York City, George Washington is president, and the competing policies of Alexander Hamilton and James Madison are threatening to divide the infant republic before it has a chance to prove itself. Washington becomes ill and is near death, and the government comes to a standstill.The plot of a novel? No. It happened as recounted in this book.

Richard Nisley has two books to his credit: a novel about F-1 motor racing entitled The Ragged Edge, and If Hemingway Had Written A Racing Novel, an anthology of stories by various authors that he edited.He has written articles for Car and Driver, Vintage Racecar, Bloomsbury Review, Racecar Engineering, and Investor’s Business Daily.Nisley has lived in Los Angeles and Chicago, and currently resides in Westfield, New Jersey, a suburb of New York City.Nisley put himself through California State University, Northridge and graduated in 1975 with a degree in Journalism.He worked 18 years for the Firestone Tire and Rubber Company, where after a career in retail sales, he managed the company’s consumer affairs department.