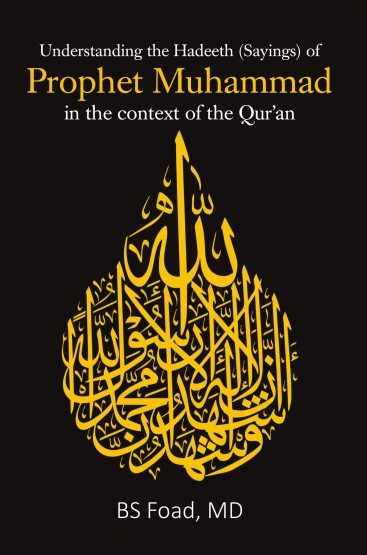 The Prophet (PBUH) lived more than 1400 years ago, in an environment different from our society today. He addressed issues, and answered questions, and gave advice that is relevant today. His sayings need to be understood in historical context and in the context of the Qur’an.

This book examines some sayings of the Prophet and explains the concepts and morals in his Hadeeth (sayings) in the context of the Qur’an, and how we can apply these principles and teachings in our life. Both the Qur’an and the Sunnah (tradition) of Prophet Muhammad (PBUH) guide to what is right, and improve our character and behavior, and make us better human beings, aware of our accountability to God.

Dr. Foad is a Rheumatologist in private practice in Cincinnati, Ohio, since 1975. He
has studied religion and have a BA and MA in theology.

The current book is an attempt to learn and understand the Prophet’s sayings in the context of the Qur’an, and to present the Sunnah (sayings of the Prophet) in a clear and logical way, in order to improve our character and behavior.

He has been involved in interfaith dialogue for 35 years, and taught at the Islamic center, Universities, churches and synagogues about Islam and the Qur’an. He is a founding member of the Islamic center in Cincinnati.