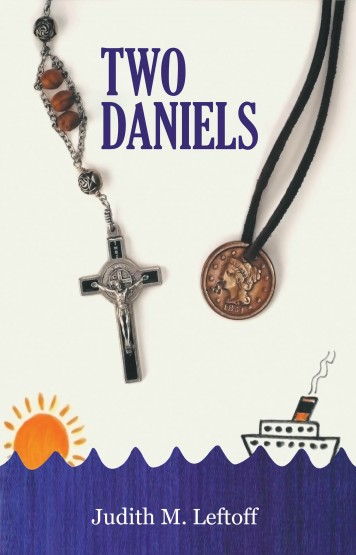 Two Daniels is a story about two boys named Daniel and their respective experiences during World War II. One Daniel is blond and speaks German so he is selected for special training. But when he misses a rendezvous behind enemy lines, he finds himself with four deserting German soldiers. The other Daniel is a Jewish child who is hidden and transported by sympathizers until he ends up in a cave in France, where he helps to hide works of art. The meeting of the two Daniels is movingly depicted by an author who never loses sight of the underlying bonds of religion and longing for family that unite her two indelibly rendered characters.

Judith M. Leftoff spent most of her working life teaching chemistry, physics, and studio art. She received a B.S. degree from Mount Union College, a master of science from Cornell University, and a master of fine art from Fort Hays State University. She also studied writing at Wichita State University. The mother of four children and grandmother of eight, she makes her home in Valley Center, Kansas.