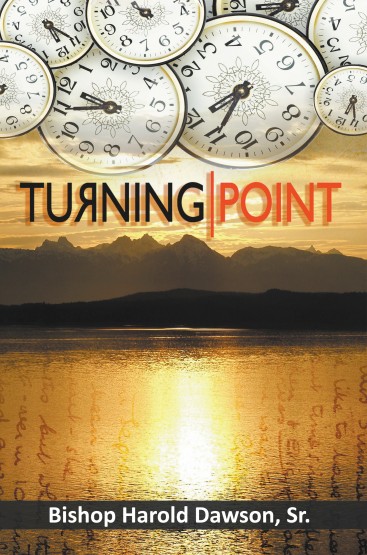 TIME TO RETURN TO COVENANT

About the time of the end, a body of men will be raised up who will turn their attention to the prophecies, and insist upon their literal interpretation, in the midst of much clamor and opposition.

One of the best kept secrets of our era is, the covenant revelation of hamitic people and God’s original intent for them. As one of the open secrets, Turning Point explores the beginning being black, while destroying the myth of Christ as white. Locked away in that secret spiritual chamber, are some of the most valuable keys to the liberation of black people. One of the keys on that ring, unveils even the deceptive trap orchestrated for and against white people and the world. It further reveals why there is such an insistence on the refusal to change or consider any other possibilities.

Turning Point demonstrates another key on that chain, is unlocking the process of contaminating the word of God and how stealthily and strategically it is done. Perhaps the most important key on that chain, is the hamitic’s appointment of the prophetic identifying Christ. All of this moves the black struggle from just social liberation, to its fundamental basis of spiritual emancipation and illumination of the gospel. Establishing the indisputable nexus, that the two are inextricably tied together. Turning Point shows why the struggle will never end, as it discloses the real target. The existence of black people is continuously under the threat of diluting, having to identify with every aggrieved class and cause, attenuating their strength and effectiveness, relegating them to a confused intermix of subjugated servitude. Turning Point shows this is the time God has granted for a major turn of events, where the prophetic can take its rightful place.

Bishop Harold Dawson, Sr. has served as pastor and founder of New Hope International Ministries since 1970. His ministry includes 25 years in TV and radio, he served on the board of One Church One Child for 20 years, networking with churches across the country to facilitate the adoption of African American infants. He’s the founding president of Lifeline Family Services, and he has served on many other community and church boards. Bishop Dawson served on the Board of Trustees of International Third World Leaders Association with Dr. Myles Munroe together with leaders from 73 nations. He and his wife, Valerie reside in Alpharetta, Georgia. He has four adult children and nine grandchildren.