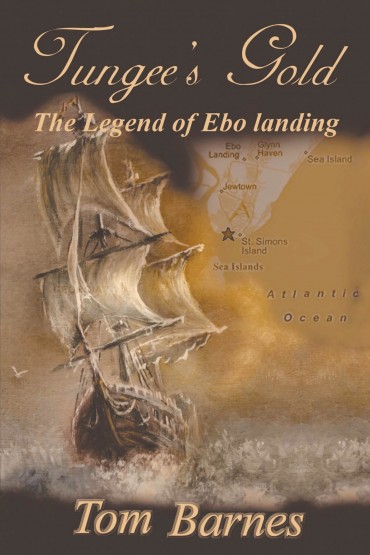 Tungee Cahill deposits gold in San Francisco bank and becomes target for assassination. Shanghaied and put on board a ship bound for Liverpool. The ship is rife with plots from mutiny to piracy. Tungee joins the skipper and they crush the mutiny. They round Cape Horn and make their way up East Coast of South America to St. Katherine’s Island. At St. Kat the scurrilous ship owner issues new orders, and sends the ship to West Africa for another slave run. In West Africa 350, Africans are herded on board. Back at sea a British and American warship give chase. The skipper elects to dodge into a heavy storm where winds and rain batter the ship, but they manage to survive. After the storm, some slaves are allowed to stay on deck. Tungee observes the Africans doing various rituals and incantations. Is it voodoo or witchcraft? Nobody knows, and by the time they find out, it’s too late. A tribal king called Kumi had inspired scores of his people, to make the ultimate sacrifice for freedom. Tungee returns to San Francisco and begins his quest to reclaim his fortune. During his search Tungee meets the lovely Laura Du Beck and romance blossoms.

TOM BARNES grew up in the South, studied English Literature at Middle Georgia College and Drama at The Pasadena Playhouse. His military service was spent in naval aviation and he was a member of the original Hurricane Hunters. Following his hitch in the navy Tom went to New York where he worked in theater, Television and wrote documentaries for PBS. Tom is the author of ‘Doc Holliday’s Road to Tombstone,’ ‘The Goring Collection,’ ‘The Hurricane Hunters and Lost in the Bermuda Triangle,’ and his latest ‘Tungee’s Gold.’