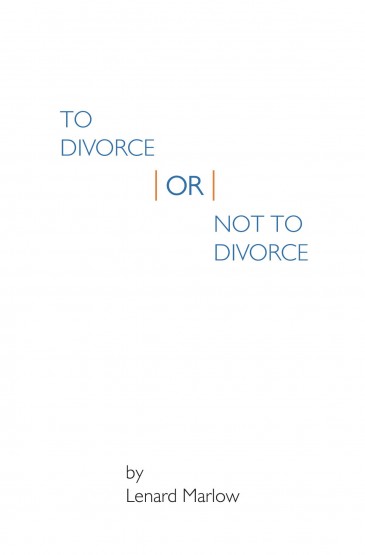 Lenard Marlow, a graduate of Columbia Law School, spent more than fifty years of his professional life helping husbands and wives address personal and practical problems that they found themselves faced with as a result of their decision to divorce. His experience is unique in that in that he worked both as a traditional divorce lawyer (he is a fellow of the American Academy of Matrimonial Lawyers) and then, for the last thirty-five years, as a divorce mediator (he is the past president of the New York State Council on Divorce Mediation). He has lectured and put on trainings on the subject of divorce mediation throughout North and South America and in Europe. He has also written many books on the subject for the general public (including The Two Roads To Divorce and Common Sense, Legal Sense and Nonsense About Divorce) as well as for the academic legal community and the divorce mediation community (including Divorce Mediation: A Practice in Search of a Theory and Divorce Mediation: A New Vision of the Law).