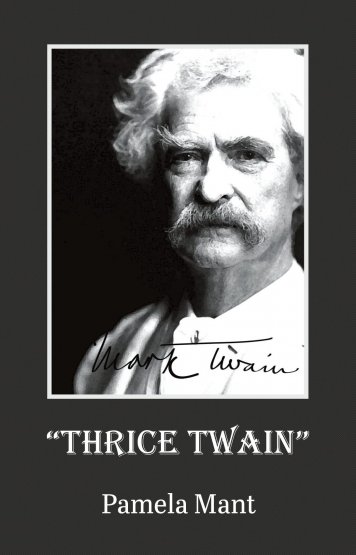 MARK TWAIN was born Samuel Langhorne Clemens at Florida, Missouri, in 1835 and died at Redding, Connecticut, in 1910. The various occupations in which he was engaged included that of printer, journalist, magazine editor, travel-writer and of course, Mississippi riverboat pilot, (hence his pseudonym, taken from the navigational practice of lowering a plumb-line and marking off the depth in fathoms, i.e ‘Mark twain’ meaning two fathoms, twelve feet, safe water. He made fortunes from his writings, but later became bankrupt= and went on a round-the-world lecture tour in order to pay off his creditors.

About the Author:
PAMELA MANT has spent a lifetime in the theater, appearing in over 200 plays in weekly repertory in England. Working as an actress and writer for the BBC she has broadcast her own short stories and has played many varied roles in Sound Radio and on TV, including that of creating the original Christine Archer in Britain’s longest-running daily serial, “THE ARCHERS”. In Ireland she appeared as a series regular for fifteen years on Irish TV’s “THE RIORDANS,” as Mrs. Howard (the doctors wife) and has played leading roles at Dublin’s Gate, Olympia , Abbey and Gate theaters. Pamela has continued to appear in films and TV in Hollywood. She has recently finished her first novel, THE EARL’S HILL ADVENTURE” and has for the last 34 years lived in Southern California with actor-husband Patrick Omeirs, their three horses, Sirius Blue, a Royal Collie and Curly Cute, a Bichon-Poodle mix.