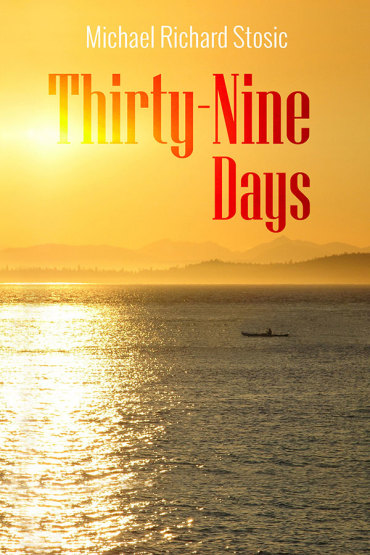 We’ve all had struggles ourselves, yet we’re often unaware of how quickly we can overcome them. When you’re about to lose your faith, God makes a way to help you revive it.

Michael Stosic was prepared to leave everything behind, including his very successful business, in order to serve God full-time. But he was met with disappointments and pain that rendered him depressed. He was ready to let go of his faith but an incredible thing changed that.

As you go on in a spiritual journey with Michael Stosic, you’ll discover how he triumphs over every circumstance, leaving you to ponder and contemplate on how you would do so yourself.

Welcome to a very personal look into a thirty-nine day journey with one man who did lose the dream that God had given him along the way. As a very successful businessman and a part-time music minister, Michael Stosic felt in his heart that he was called to leave his business to be in God’s full-time service. In faith he sold his business ready to be in service to the Kingdom of God, and after disappointments and hurts, and struggle after struggle, with no doors opening, Michael found himself in a state of gloom and depression like never before.

Coming to a point of losing his faith altogether, a faith that he has had all his life, Michael had the opportunity to spend the summer at his vacation home on Mitchell Bay in Friday Harbor, Washington, working as an artist.

During this time Michael made a pact with God that he would go on a thirty-nine day journey with Him, journal everyday, his thoughts, his hurts, his needs, singing and worshiping, spending time in His word, seeking God with all his heart, and the God who created the heavens and the earth met Michael there in an extraordinary way.

In 1986, Michael Stosic wrote and recorded his first Christian album under his own label in Seattle, Washington. That started his journey with the Christian Music Ministry. Aside from music, he also went to different communities in Zimbabwe for several times to hold worship concerts. Moreover, he also facilitated some training workshop for voice and sound production.

Michael has been married to Joannie for thirty-eight years, and they have three children; Kristofer, Kelsey and Katie. Now, he’s lavishing his two grandchildren, Amahla and Max with love and attention.