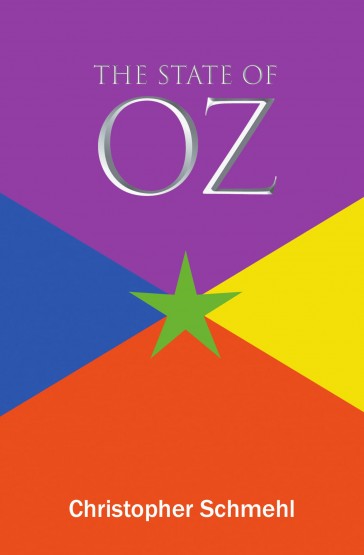 Everyone has heard of little Dorothy Gale of Kansas and her exciting adventures in Oz. Not everyone knows there is more to tell beyond the 1939 MGM film. Those in the know have read some stories shared by L. Frank Baum, Royal Historian of Oz, and his successor Ruth Plumly Thompson. But what is happening in Oz now?

Two youngsters named Jon and Ben enter Oz accidentally when they follow a strange, old man across a bridge at Hawk Mountain. They find themselves caught in a bizarre series of events as Oz’s citizens celebrate the opening of their new hall of fame while trying to understand several natural disasters.

Princess Oima takes Jon and Ben on the adventure of their lives: flying in the reconstructed Gump, facing bandits, enchantments by a long-lost magic mirror, and a showdown with representatives of the American government. It will take every bit of bravery and skill they can conjure to help the princess and make it back home.

Christopher Schmehl is tickled pink to offer you his first published novel. He has dreamed of this since his days at Wilson G. Sarig Elementary School. Schmehl has a BA in English/professional writing from Kutztown University of Pennsylvania. He is an Eagle Scout. At different times he has been a summer camp counselor, a machine operator in a microelectronics/integrated circuit facility, a security guard, a produce selector, a cashier, a material handler, and a grocery stocker. He lives with his family in Laureldale, Pennsylvania.