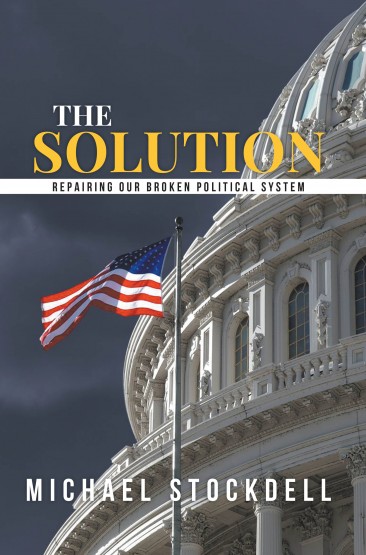 Our current political system puts too much power into the hands of the few and often produces results that don’t work. The Solution proposes a plan that restricts the size and scope of the federal government while increasing the direct influence of the people. The goal is to make government simpler with full public accountability.

The book is divided into four sections. Two sections describe the various reasons why big government programs don’t work and refute the reasons often cited for why they should. Parts three and four propose my notion of a fix to the political system: first, a number of constitutional amendments aimed at making government function similar to what the founders intended and yet are more modern and, second, policy recommendations that repair and replace nonfunctional programs and deal with a number of existing political and social issues.

MR. STOCKDELL was born in Richmond VA and graduated from the University of Virginia with a B.A. in English. While he was there he wrote a large number of poems and short stories and two novels. Over the next thirty years he worked as a systems analyst, data processing manager and management consultant, including three years in the federal government. Mr. Stockdell has an MFA in Fiction Writing and a masters in social work. He began The Solution in 2011 but failed to meet a 2012 deadline. He resumed the book in 2015 and finished it in the spring of 2016.