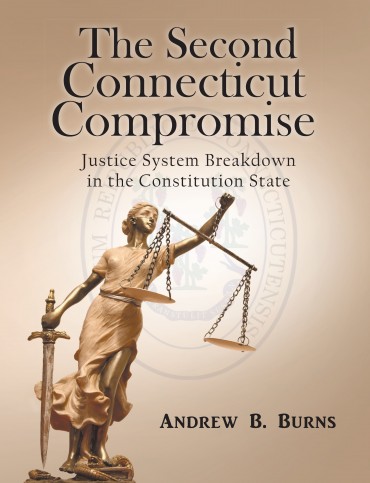 I have long felt proud (and lucky) to be an American Citizen. One of the sources of that pride had been America’s reputation for the wholesome administration of justice. However, long a­fter I qualified as a senior citizen I was shocked to discover what I identify as a “Widespread and Callous Indifference to the Realization of Justice among those Responsible for the Administration of Justice” in my own world. Our Scales of Justice are Out of Whack!

My late-in-life education relating to this serious social disorder followed from my extensive personal engagement with justice administration operatives ranging from an unranked police officer through to a State Supreme Court Justice while touching every station in between. I am persuaded that my fellow citizens should become aware that this sorry situation can be real. That’s what this vigorous book is all about.

How My Mission Started — Late on Christmas Eve, 2002 a huge thug who hated my guts with a passion broke into my standing car (with me in the driver’s seat), robbed two traffic control cones I was transporting and, in an ensuing tantrum, assaulted my car with the cones he robbed. Unbeknownst to me at the scene the thug induced the abusive, gullible, responding police officer, with whom he had negotiated two hours earlier, to ultimately charge me with hitting the thug with my car. That rogue policeman gave me no hint of that intention at the scene and forcibly prevented me from engaging witnesses at the scene.

My Continuing Education — That was the first in a systemic series of five justice system breakdowns, all instigated by the same thug, that introduced me, late in life, to that “Widespread and Callous Indifference” I cited above. This awareness followed from my extensive personal engagement with justice administration operatives ranging from rogue cop to State Supreme Court Justice.

My Remedial Proposals — My exposures and assessments thereof ultimately led me to propose to Connecticut’s nine-judge Rules Committee of the Superior Court some very simple modifications to judicial administration practice that I’m persuaded would significantly reduce the likelihood that other socially competent but judicially naive parties would have their welfare compromised by justice administration shortfalls as did I.

However, I encountered a dedicated indifference in all parts of the system, conspicuously including the robed contingents, assignable in my judgment to what I have classified as the Royal Priesthood Syndrome. My specific relevant experience took place in the State of Connecticut but I sense that the cited Syndrome is cultural and, to one degree or another, impacts the administration of justice throughout the nation.

A Stunning Discovery — My associated research has exposed the startling fact that the very organization of Connecticut’s judicial operations is INconsistent with the state’s constitution even though Connecticut claims, on its auto license plates, to be the “Constitution State”!

But nobody seems to givadamn! My personal exposures have convinced me that remedial measures will never spontaneously arise from within the system, itself. System folk seem content with their lot with no one wanting to rock the boat. Improvement will have to be provoked from outside the system.

About Me — I am, by inclination, education and long-time practice, an engineer (BSME MIT 1946) with a passion for precise, lucid, technical reporting. I have spent the bulk of my professional life in the space and defense business, contributing significant literature to the technical trades, and I’m proud to be responsible for several significant technical innovations in the field (I hold an Air-Force sponsored patent on a Space Vehicle Landing Gear).

Late in my professional career I “switched gears” and served for a quarter century as the engineering half of an Architecture & Engineering partnership.

Throughout my career I’ve had a passion for precision and virtue and I have here sought to apply that disposition to communicating an important story to my neighbors with readable prose backed up by extensive, verbatim reproductions of actual relevant correspondence between myself and justice system parties.

I pray for your serious attention.