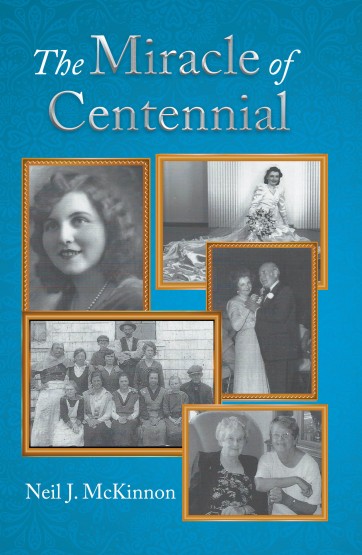 When Neil J. McKinnon was a child, he was always asking his mother, Florence, questions about her early life. His mother delighted in conversation, so the author learned quite a bit about old folklore of the Scots of Cape Breton Island, Nova Scotia, along with practices of faith and the family’s experiences throughout the years.

In this moving memoir, Mr. McKinnon lovingly describes the farmland and woods where his mother spent her earliest years, the area around Cape Breton, and the love his mother had for the village of Centennial–the place where Florence’s family had its start.

“This book has been a labor of love,” the author writes, “to honor my mother who was really the ‘Miracle of Centennial.’” The result is a consistently charming and generously spiritual family chronicle that has rare universal appeal.

The power of prayer, the grace and power of the Eucharist, and the Rosary were the “lifelines” of the author’s families. Their strong faith helped them overcome numerous tragedies over the years as the author paints a delightful and unsentimental picture of life in a country village.

“Florence has left a gift of faith with her family in her love for her God and for prayer,” Mr. McKinnon relates. This book is his affectionate, loving tribute to a beloved woman and her family.

Neil J. McKinnon is the second oldest of six children, the son of Florence and Neil McKinnon. He and his family lived for a time on Cape Breton Island and later moved to Detroit, Michigan. Enjoying a forty-three year career as a barber, Mr. McKinnon includes among his hobbies listening to classical music as well as sketching and painting. Mr. McKinnon resides in Michigan. This is his first published book.