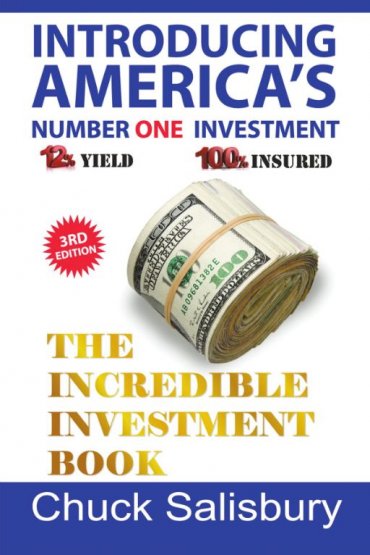 In 1974 Chuck Salisbury left his Real Estate Career in Springfield, Illinois and headed for a job with a Municipal Bond firm in Beverly Hills located at 8665 Wilshire Blvd. The small firm was called Stern-Brenner and Co. and little did he know that he had found a home where he could learn the Securities Business from the security and tax-free benefits offered by Municipal Bonds. In 74 most of the bonds were bought by institutions and banks but with the tax rate among the highest in History he decided that he needed to educate wealthy people and their CPA’s of the benefits of Muni’s. Getting off to a fast start on the phone he used his imagination to create a Municipal Bond seminar to attract wealthy people and Tax Preparers including local CPA’s. He supposed that the reason more wealthy people didn’t buy Muni’s to lower their taxes was because most didn’t know anything about them. Chuck was right and for the next 4 years he was busy doing seminars from San Jose to San Diego and built a substantial clientele of wealthy investors. He not only sold bonds but, with some of his wealthier clients, actually underwrote some smaller Special Assessment Bonds called 1911 Bonds.

As a creative person who likes to think ” out of the box” he searched for bonds that had defaulted to see if there was a opportunity for greater profit as well as Tax-Free income. His biggest find was the Ontario Motor Speedway bonds which, as revenue bonds, couldn’t make the timely payment required. But Chuck read the original offering and found that the bond security was the property upon which the Speedway was built. As Commercial Property, next to the 10 Freeway, he concluded that the property was very valuable and confirmed that with a call to a local Real Estate broker. So Chuck called his wealthy Clients and encouraged them to buy the defaulted bonds at 25% of face value and then foreclose. That begin a 22 year career as a fixed income specialist with imagination. His clients were Hollywood elites, Sports Stars and his favorite, WWII Hero Jimmy Doolittle. Chuck loved to visit him in his sparse Santa Monica office. Chuck has many stories that now form a foundation for more investment books. Stay tuned.