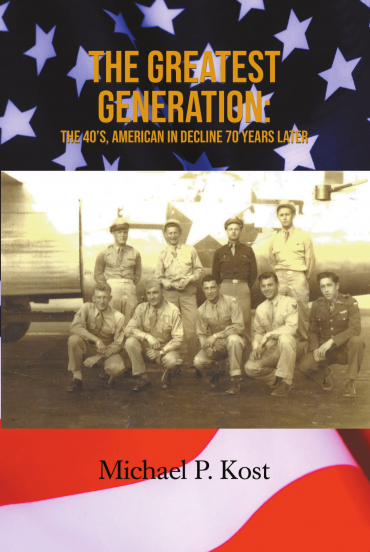 This is a look at history that covers an exciting period from 1940 to 2000. These seventy years was a mystery novel, in theory. _ ere were so many different plots and interchangeable events, without a clear solution of an outcome or ending. History will not flow like a romantic novel. Each of my chapters will have an independent flow of facts and opinions of its own. Each chapter will be venturing separately into different time zones. History will present itself according to different perceptions of different times by one’s point of view. It’s like a pair of dice: 4 + 2 = 6, 5 + I = 6, and 3 + 3 = 6. They all have the same results; but it depends on your perception. What was more of a milestone, the election of the first black American president or the election of the first Catholic president in 1960? You cannot rewrite history; you can only inject parts of the past into present times. One thing you cannot guarantee is that the past will repeat itself or affect the future. I have instituted separate sections called creative sidelines. They will be independent of any chapters. They are brief passages of events that had a profound effect on history. A collection of facts, they will challenge individual readers to seek additional knowledge about these events. Revisiting the past, what knowledge or perception could a person have that was born in 1960, 1970, or 1980 of the Manhattan Project of the 1940s, the U-2 Incident of the 1950s, the Cuban Missile Crisis during the 1960s, Soul Train, Watergate, or in the 1990s, the Hanging Chad? Creative sidelines respond to time and events. Look at a spot on a mirror and only a few inches away it is not visible. Step back a few feet, that spot becomes clear and visible. _ is book gives you the opportunity to step back, examine, or challenge the facts or opinions of the past or present time.

MICHAEL P. KOST was born and raised on Long Island, New York. After graduating from Westbury High School in 1961, he joined the US Army. Upon completing basic training, he was assigned to serve in Berlin, Germany. _ ere he witnessed the construction of the Berlin Wall. After his tour of duty, Kost returned to Long Island to run his family’s restaurant for several years until in the mid-eighties he decided to relocate to Hawaii.