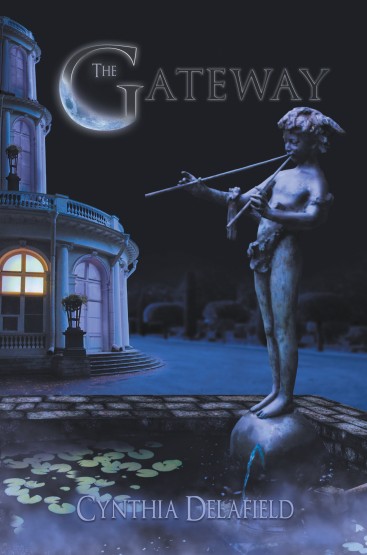 The Gateway tells the story of a beautiful but mysterious house in the mountains. It is infested with demons, which got in when the original owner committed suicide by diving from the stair landing and smashing in his head on the floor, thus opening a gateway to a nether region of evil. The Hawthorne family, who buy the house from the estate, have to learn to live with the demons without breaking any of their rules, for fear of death or worse.

Nell, the youngest child, learns at an early age about the actual gateway. However, the little statue of Pan in her mother’s garden, who may or may not be in league with the demons, seems to protect her from their worse depredations. Nell grows up and marries Rick, an engineer with an oil company. They move into the Barn, an old carriage house down the hill from the Gateway. Eventually, over Rick’s horrified objections, they have to move into the Gateway. Because of difficult circumstances after Rick’s death, Nell finds she has to sell the house that she loves so much. The demons wreak their rage and retribution on the hateful man who buys it.

Cynthia Delafield spent summers at the Gateway. She was aware of its other occupants at an early age. Most events are exaggerated and much is fiction. She wrote the book after the buyer of her house in Riverdale, NY, painted the rare red gum wood paneling in the living room white. She has been a painter, actress, guide on trips to China, pastry chef and caterer, owner of a B&B and dolphin researcher, which prompted her first book, “my Dear Dolphin”, a diary about some dolphins and her four children, published under her married name, Cynthia de Narvaez.