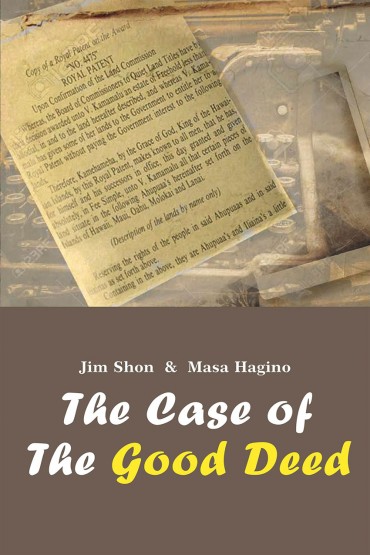 The Case of the Good Deed follows two investigators reminiscent of Charlie Chan and Mr. Moto, but not the same. An old Hawaiian deed from the mid-19th century is found in the wall of an historic church. The deed is to a valuable parcel in rapidly developing downtown Kakaako. A young museum researcher and a young reporter believe it can complicate if not stop a major development. Then a suspicious and tragic death. Was it an accident? Follow Detective Charlie, Izakaya owner Moto, and reporter Zoe as they unravel the authenticity of the deed, and if the death was murder.