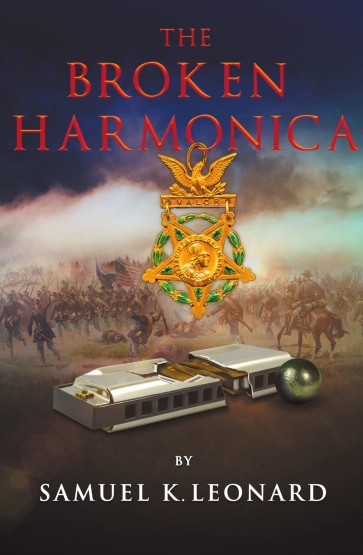 The Broken Harmonica is the compelling saga of Cornelius Wright as told in his own words: from his earliest coming of age on a plantation in the old South to his journey to freedom. Through nearly one hundred years of his life Cornelius tells the dramatic tale of his time spent as a soldier in the Civil War, forging a path toward the freedom he holds so deeply in his heart. Cornelius’s personal struggles transform him, even after the freedom comes and he must continue the fight to find a way for himself and his family in the complex and divided world of the late nineteenth, early twentieth century America. In the midst of it all is a harmonica, an instrument that becomes symbolic of his life, his trials and legacy.

Samuel K. Leonard is the pen name for Joel Armand. He was born in Brooklyn, New York. He is a graduate of Mount Saint Mary College in Newburgh, New York with an MA in Psychology. In 2003 he earned a Master’s degree in Social Work from Temple University and has spent much of his life employed in the service of children and families. Joel resides with his family in New Windsor, New York.