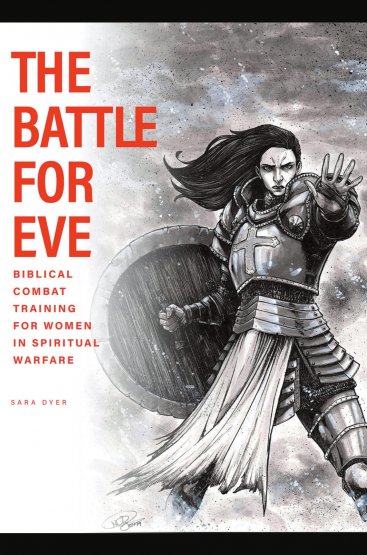 This side of Heaven, women sometimes experience frustration and heartache that will one day be a thing of our past. We often struggle with disappointment or failure with alarming regularity. Well, the Scriptures have an explanation as to why the world, as God created it, isn’t playing out in the living rooms of our lives. We have a crafty, well-organized, unrelenting, powerful enemy who often camps out on the couch. He is strong against the people and things of God. But I have read the end of the Book and I know who wins. And ladies, you are on the winning side. In this Bible study you will learn how Satan works against you. You will uncover how he gets power over your tomorrows
and just how much stronger you are than he! You will uncover his lies and his weaknesses in order to triumph over every scheme against you. So put on each piece of your Armor of God and join me in this great epic battle. You cannot fail. You are the daughter of the King!

Sara Dyer has been a student of the Word for over thirty years. She spent twenty of those as a professional interior designer before going back to school for her masters degree in Theology. She
served as women’s director for a large church in Canton, OH before moving to the Nashville,TN area. She continues to write and teach where she is invited and serve the women of her local church. She and her husband Dan have three married children and one fabulous grand-daughter.