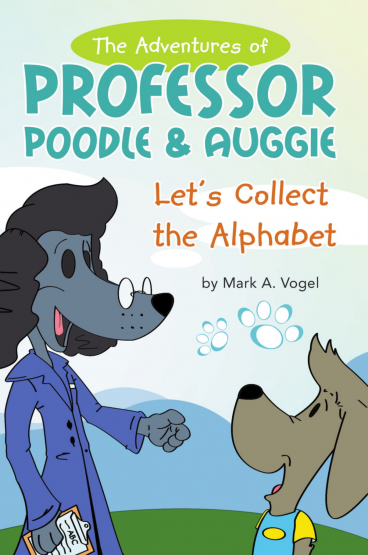 “Auggie!” said Professor Poodle. “Let's see if we can find all the letters in the alphabet.”

“Okay, Professor Poodle. I think I see A hiding in that pile of hay.”

Auggie sniffed at the A and ran away because he disturbed the B in the hay!

Mark Vogel retired from the United States Coast Guard in 2006 and currently lives in Chesapeake, Virginia with his wife Grace. They have three son's, Christopher, Matthew and Adam and three grandchildren, Skylar, Rylee and Owen. This is Mark's third children's book and he is currently involved in writing others.