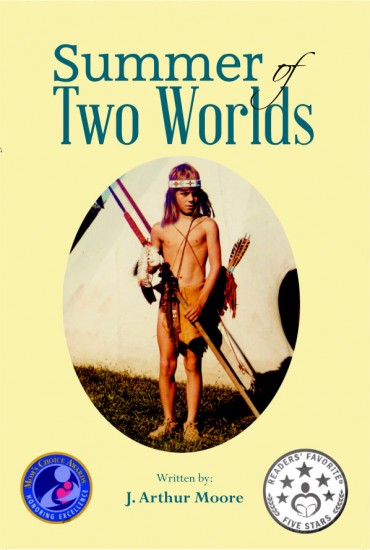 Born of pioneer parents, prairie orphaned at three, he was adopted by a Sioux warrior. Among the Sioux he was known as Prairie Cub. The name Michael was all he had of his ancestry. He lived the life of a Sioux warrior’s son until his twelfth summer. When the course of history doomed the Indian’s way of life, his father, Thunder Eagle, realizing his son’s white heritage gave him a chance for a future, sent his son back into the white man’s world. Summer of Two Worlds is the story of that summer.