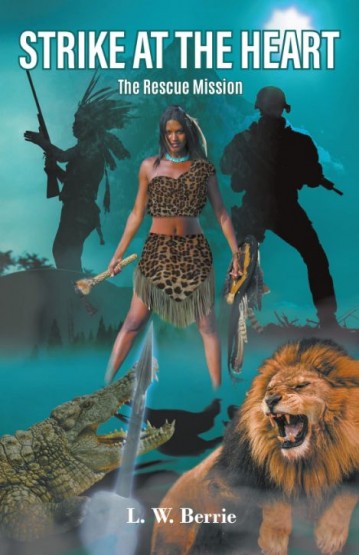 Colonel John Harris, U.S. Army Special Forces, goes back in time to retrieve his lost men. But something is blocking their way from leaving. Some blame the ghost of Harris’s adversary, Mhalglami, and some blame the land gone wild. Harris is afraid that this time they may bring back more than they bargained for.

USA, both Teri and Masai, longs for a world where her mixed heritage does not matter. Although promised to N’Grundbligimi since childhood, their marriage is opposed by powerful forces from both within and outside the tribe. She wants to pursue her dreams. But will she find such place?

Born in Davenport, Iowa, L.W. Berrie was educated in California. Graduated from California State University of Los Angeles with a B.S. in Mathematics and Science, he worked 23 years in the aerospace industry. He went back to school in the Legal Assistance Program at the University of California at Irvine (UCI) and graduated with a perfect 4.0 grade point average. He took additional writing courses at UCI to improve his skill as a writer. The UCI library system and the Special Forces at Fort Bragg, N.C. provided the research materials to write the story.