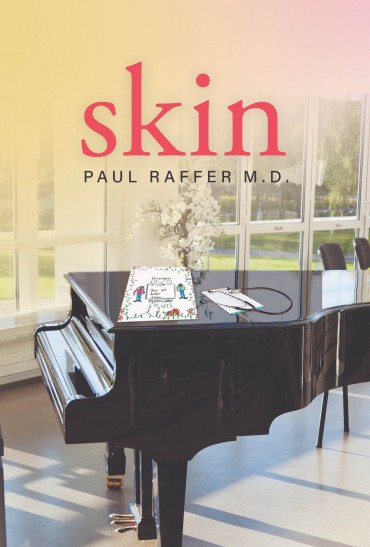 A doctor is diagnosed with an incurable skin cancer. As he faces his mortality, and attempts to avoid it, his life parallels a New York family immediately recognizable as having a common thread with him.The doctor was adopted and has no known siblings or relatives. The doctor is offered an experimental stem cell transplant protocol and he matches someone from the international stem cell bank.The reader is led through the preparation for and the actual stem cell transplantation as seen through the eyes of an experienced physician, with detailed treatments and unexpected side effects. The reader will tour the cutting edge of cancer treatment at one of the world's great institutions, and its effect on two families separated by 3000 miles. Adoption and its psychological legacy color the emotional roller coaster of stem cell treatments.It's a story of two families, touched by and brought together by cancer.

This is the first novel by Paul Raffer, MD, a Neurologist from Chula Vista, California, who like the protagonist in this book was adopted in New York City and grew up on a chicken farm on the Jersey shore. He attended Franklin and Marshall College where he played football and acted in the Green Room Theatre. He attended The New Jersey Medical School in Newark and received the Faculty Award at graduation for outstanding contributions to the school. He interned at Mt. Zion Hospital in San Francisco where he met and married his wife Donna, and they moved to San Diego for Neurology training at UCSD where he was Chief Resident. Paul had a solo private practice of neurology for 32 years until he got cancer and sold the practice. They have four daughters and four grandchildren, and he has returned to work part time as a Neurologist and medical-legal expert. He plays golf and tennis, and loves sports and music. He is especially fond of red wine and is known to sing at the Godfather Restaurant in San Diego after a few glasses.