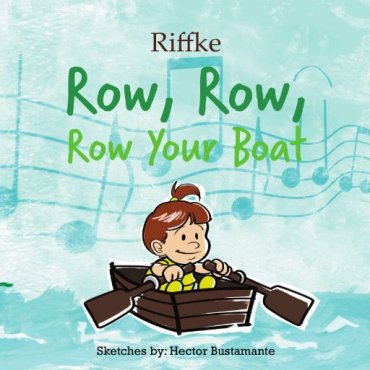 A very merry bundle of different variations on the popular nursery rhyme, this simple and engaging book is an excellent way to familiarize young children with the concepts of rhythm and rhyme. A sing-along-version is also available online.

RIFFKE, Author
Cesar “Riffke” Alarcon always said he wanted to be a writer when he grew up. He is still waiting for that grown up feeling to kick in. A published academic author, the birth of his first daughter (and endless rhymes) inspired him to keep on rhyming with her.

HECTOR BUSTAMANTE, Illustrator
He began his career as an illustrator and animator in 1999. His career in film includes writing and directing the feature “Legend of Artaban”. In 2007 he founded his own Animation Studio ESPEKTRO FILMS. His work as creator includes the animated short films “Feeling Locky” and “Bulletproof”.