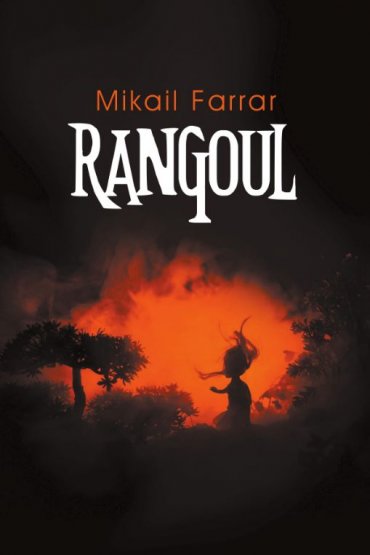 Rangoul  is a supernatural thriller set in 1950’s rural Georgia. The KKK has infiltrated local law enforcement and has committed a string of murders covered up as random accidents. Jamal, an African American grocery store clerk puts a target on his back when he attempts to save a woman he believes is being attacked by a police officer behind his store. Jamal’s boss Eugene, had a daughter who died under suspicious circumstances. Although her death was ruled an accident, her father always suspected the towns Sheriff was somehow responsible for his daughters death.
The grieving father takes matters into his own hands trying to prove foul play was involved in her death.

On his way home one evening Jamal is given a creepy doll as a gift from a strange old woman. Things begin to spiral out of control after this. Jamal begins to have visions and loses track of time with no memory of his whereabouts. Eventually the police and the Klan catch up to Jamal and he must fight for his life as well as the lives of his wife and son. It turns out the doll Jamal was given possesses the soul of a Demon named Rangoul.

The doll once belonged to a young boy who’s father was framed and executed hundreds of years ago in the same town. It has the power to cause great pain and suffering to those who wrong you. As Jamal learns more about this power he must decide if it is a gift or a curse. While both fighting their own demons, Eugene and Jamal’s journeys intercept and set forth a chain of events that will shake the small town to its core.

Mikail K. Farrar was born in Kansas City Mo. in 1979. He lives in Lawrenceville GA with his wife of 15 years Clarice, their 11 year old daughter Victoria, and their dog Ruby. Mikail gets his passion for writing from his mother Sondra who is a retired English teacher. When Mikail was a young boy he remembers his mother waking up in the morning and quickly writing down her dreams before she would forget them. She would encourage her son to do the same. Fast forward to today and Mikail is not only writing down his dreams, but transforming them into riveting stories to share with the world.