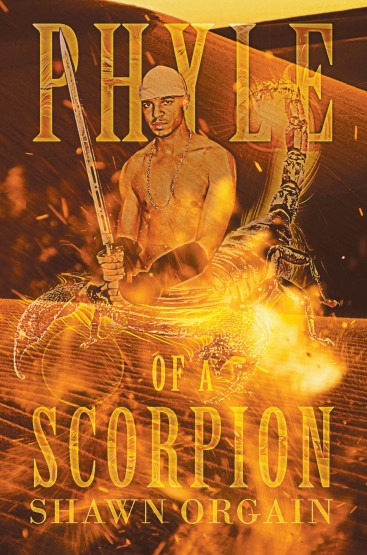 Every individual is distinctly unique—–almost

You live a perfectly normal life, going shopping, work, working out all the rest. You know yourself and you have never remotely suspected that anything is even faintly amiss. Imagine the shock coming face to face with you—–and it’s not a mirror. No apparition or trickery, it’s just you staring back…

Now you are close to understanding Shawnyboy’s confusion. Coming face to face with an ultra real mirror with no glasses. Having being unaware of his clone’s existence and suddenly discovering that there is not just one, but 8 can be too much for anyone to handle.

Phyle of a Scorpion returns with an all new fresh comedy adventure, and this is the prequel to how it all began— it’s very genesis. The main character “Shawnyboy” has been cloned, but he lives his normal life oblivious of this. As nothing can remain a secret forever, he eventually finds out. Not just one as he hoped. Not even two or three but full 8 of his look alikes are out there, and he’s trying to find them all as he figures out why he was cloned to begin with.

Born in Roswell, NM, Shawn is very certain he had nothing to do with the aliens! Known to be mysterious, he is usually the quiet one and giving off the personality of being shy. Little did everyone know, all it took was a moment in the spotlight to get him going. Shawn became known for being very creative when it came to writing and acting. After seeing how friends and family responded to his random skits, he knew he had found his one true gift. Things began to take off in the right direction bringing in more and more positive results on a consistent basis. The guy that was supposed to be quiet and shy soon became daring and bold. Shawn’s accomplishments have given him the reputation as “The Chosen One” of his family.