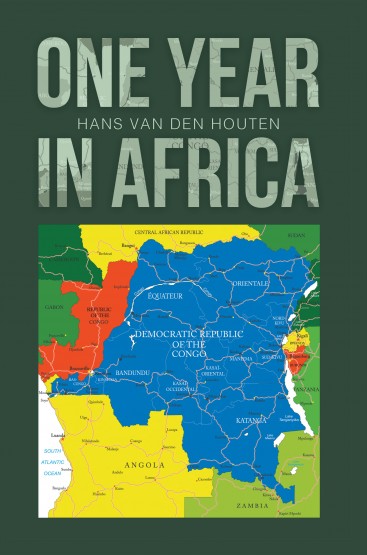 A man’s experiences of his life in Africa (Congo, Burundi and Rwanda) during 1964-65.

“I felt wrapped in a dense heat, laden with moisture and many indefinable odors. Decaying vegetation from strange and exotic trees and plants mixed their fragrances; these were the smells of Africa.” (p. 1).

Hans van den Houten vividly talks about his experiences of one year in Africa from the moment he arrives in Congo Léopoldville, for his first assignment as an international employee of Shell, to the moment he departs: “Now with the closure of the door, the envelope sealed, and experiences –some bad, but mostly good– were contained and locked into my memories of one year in Africa.” (p.182).

Social life, parties, dancing and music events, politics, business issues and challenges, sports and everyday life, love affairs, weekends on the Congo River, difficulties and risky situations, such as crocodiles and burglars, Burundi drummers and dancers: those are some of the topics that come across the entire book to illustrate the author’s adventurous and rather interesting life in Africa.

His writing style with the simplicity and immediacy of his voice makes it a fascinating book!

Hans van den Houten started his career with Royal Dutch Shell and spent several years in Africa, the Republic of Congo Leopoldville, the Kingdom of Burundi, and the Republic of South Africa, in several managerial positions. He has been a senior executive with The Chase Manhattan Bank, Moody’s Investors Service, Dun & Bradstreet International, Fitch Investors Service, and the Republic National Bank of New York and he served as Director/Finance of The Museum of Modern Art in New York.

Hans was President and a longstanding Board Member of The Netherland-America Foundation in New York. He was a co-founder The Chase Alumni Association, the Dutch Financial Club of New York, and The Artist Choice Museum. He also became a Board Member of the ReachAnother Foundation based in Bend, Oregon, USA.