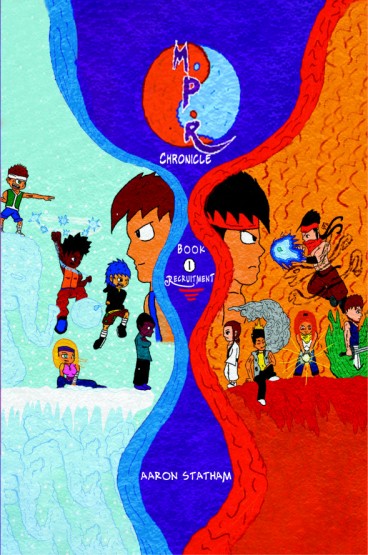 This world has been shaped over centuries into two breeds: ice manipulators and fire manipulators. 700 years after the birth of the first fire manipulator and ice manipulator, you will step in the shoes of a young boy name Drayden Jelansti, who ice powers has just awakened. After being sheltered for his first fifteen years, he finally attends high school and begins learning and mastering his powers. But little did he know that he’s being targeted by the fire manipulators for his “enhancements”. The “soon to be king” Lived (live-ved) sends his sons and their allies to target Drayden after they discover his location. While in school, Drayden struggled to gain allies to help him with his battle against the fire manipulators for their survival, and Drayden learns the truth about himself and his family along the way. This story tells the tale of a young ice manipulator struggling to live in the outside world and discovering his true self along the way.