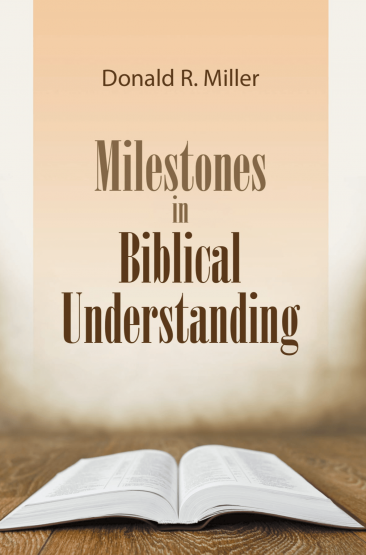 His book, Milestones in Biblical Understanding, was copyedited by Sarah Kolb-Williams and is a collection of concepts the author has learned over the years which have opened the Bible and its message to him. They don’t all originate with him but he feels compelled to share them all with others.

Mr. Miller left electrical engineering (B.S. E. E. from UVA 1960) in 1966 to go to seminary in answer to the Lord’s call to the ministry. In 1970 he was graduated from Westminster Theological Seminary (B. D.) and ordained by the Orthodox Presbyterian Church and began thirty-five years of pastoral ministry in Maine. He also pursued the U. S. Naval Reserve chaplaincy for twenty-one of those thirty-five years. He retired from the naval chaplaincy in 1991. In 1995 he received an L.H.D. degree from Whitefield Theological Seminary for ministry in a difficult field. In 2005 he retired to Virginia with his wife of fifty-two years. For six years he served as a ruling elder in Westminster Reformed Presbyterian Church (PCA). He is presently teaching the Bible in a local jail as a volunteer.