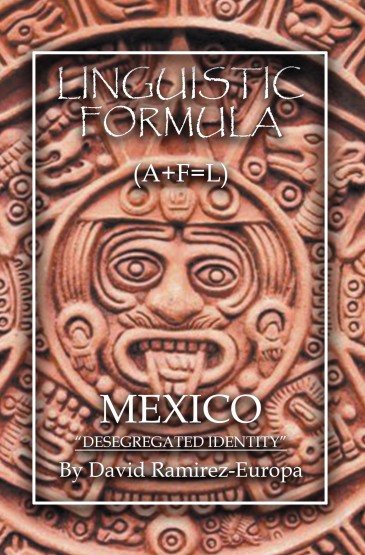 All the business generating capital utilizing the word “Mexico” and everything related to it such as recipes, songs, names as his property. Also, the word “America” as the name of the market we initiated to compensate monetarily the quality of a work or merchandise to this way, eradicate Presidencies, which is the biggest problem in the Territory of Mexico, in addition, proving the word “America” as property of Mexico. Desegregating his Identity from Hispanic, Latino or Mexican naming “Mexicano” to the Language spoken in the territory of Mexico leaving any other Official way of communication obsolete. ALPHABET is the mentality captured in letters to communicate in different Languages representing an identity.

David Ramirez-Europa was born in Mexico City the 29th of November 1972. He is claiming the legitimate propriety of the territory of Mexico as is in books, documentaries, pictures or cartography.