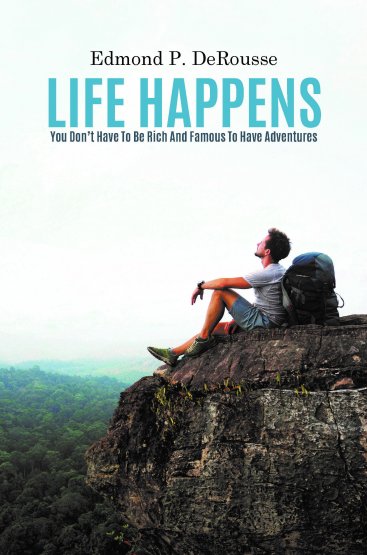 As one goes through life, adventures happen.

Good, bad, or mediocre. It is what we do with them that matters. Life is more than the function of just breathing. It also is being aware of our surroundings, learning from them, and responding to them. As long as we are able to take a breath, life is experienced……………

This book celebrates life through a series of adventures. I know you will identify with something or someone in it. Another flash of light! A little closer this time. Every hair on my body feels charged with electricity. My body is tingling. Is it from the electrically charged air or from anticipation of what I fear may be coming in the next few seconds?

A plan of attack was devised and the Brave Eighteen, as they will forever be named, went off to battle. The MPs loaded both of them into separate cars and took them away. CJ says every time she sees the TV show America’s Most Wanted and watches the bad guys get loaded into the squad cars, she is reminded of those two housewives from Ft. Bliss. Everyone knew him, what he was about, and what he was capable of doing to each man in the room. He had a reputation everyone was familiar with. No one knew why he entered. But we all knew he was there. I was the one dealing with IT and was battling IT. Did I have the ability to fight IT off? I had my doubts. Afterall, many things could go wrong.

Edmond P. DeRousse is a retired educator for the Illinois Department of Corrections. He is a US Army Veteran and was an executive with the Boy Scouts of America. With 30 – 40 different mailing addresses over the course of his lifetime, two children, four grandchildren, horses, motorcycles, and several careers, he has accumulated many adventures. It is those adventures which inspire much of his writing.