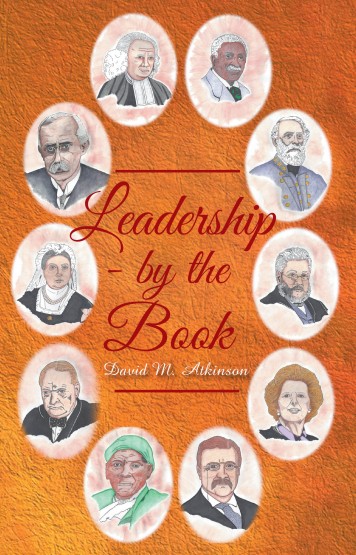 Here is a book that has something to say to all of us. The abundant quotations in this book go off like fireworks. Any number of them could change your life whether you serve in ministry, business, education or parenting.

One pastor of a large church said that he carried a copy of the author’s original booklet, “Mistakes Leaders Make,” in both his briefcases so that no matter where he was he could reference the material.

The popular format of that booklet is retained in this greatly expanded edition. The two major parts, “What Leadership Is …” and “What Leadership Does Not …” are made up of stand-alone “do’s” and “don’ts.” Read as much or as little as you have time for. Then, pick up where you left off. The author’s 23 watercolor and pen and ink sketches of leaders from various professions add life, vibrancy and personality to this work.

Missionary Mark Sigstad wrote to say that a Nigerian pastor who had left his church got back into the ministry as a church planter largely because of the original booklet. We can only pray that this volume is of similar benefit.

General George Patton who was one of Dwight Eisenhower’s instructors at Fort Leavenworth in 1926 predicted that he would one day work for Eisenhower! This book tells you why that prediction came to pass.

The Governor who had time for blind children later won the American Presidency by more Electoral College votes than any other man in history. This book tells the story.

Warren W. Wiersbe, prolific author, broadcaster and pastor said, “This is an excellent book … I am reading it, learning from it and enjoying it. It is a refreshing change from much of what’s out there on leadership today.”

David M. Atkinson was born north of Toronto, Canada, in 1947 and has been appearing on public platforms since he was 15. He has taught and preached in the U.S., Canada, Ireland, Papua New Guinea, Australia, Russia, Ukraine, Brazil and Haiti. In his early years of ministry, he planted three churches whose assets today total several million dollars. He became the Pastor of the Dyer Baptist Church in Dyer, Indiana, in 1990. The church opened Plum Creek Christian Academy in 2006 and is reaching children and youths of all races in the south Chicago hub and Northwest Indiana.

Pastor Wayne Shirton of Medicine Hat, Alberta, studied theology under him in 1970 and says, “This author is the most creative thinker I have ever met.” He is a poet and artist and has written numerous songs on current events. His songs on the 9/11 terrorist attack in New York City and the shooting of the bell ringer in Bethlehem, Israel, received strong and enthusiastic responses from DJs and music reviewers around the world.

He and his wife, Jane, have two grown children, April and Lee, who both serve in ministry.