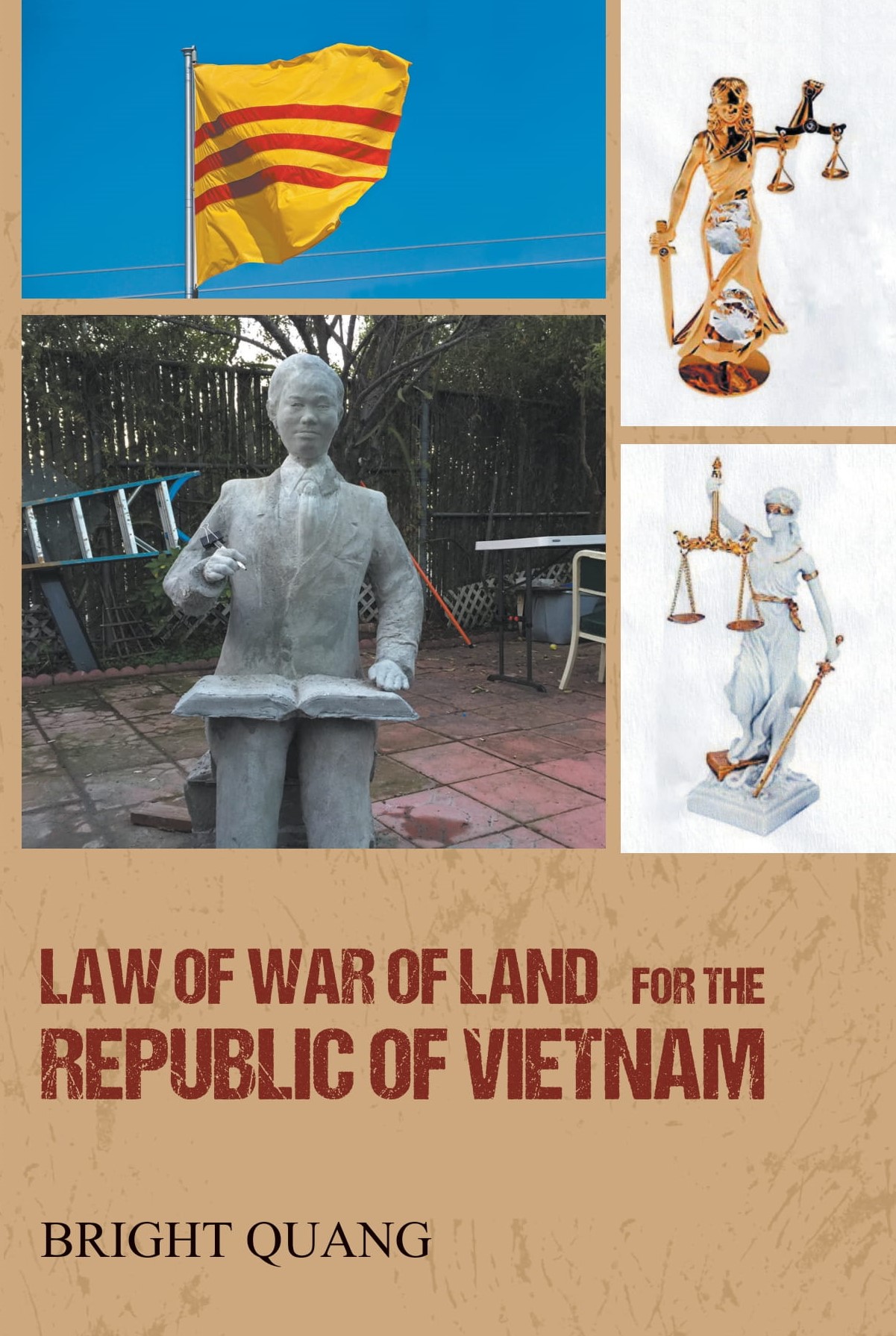 Law of War of Land of Bright Quang, he struggles for justice as a prisoner of war. Just because the unjust laws are to be the self-evident-truths of the constitutional rights, the use of the greatest power deprives the rights to life of the innocent humankind without having regrets. Significantly, the insensitivity of the powerful nations does not only rob other sacred foreign nations but also lack of ethical consciences has trampled down the weakest people in order to satisfy their aggressions. Despite this, these powerful nations have not respectfully expressed religions, but they’ve used figures of religion’s powerful expression of their sublime’s powers.
His struggle takes wisdom to conquer the delusive laws whilst a modern civilization expresses a play on trick in the laws. Obviously, all of the laws of a great power America have been enacted for the Vietnam War which is why a great power has not enforced any laws. When great power America did not only abuse the laws in order to bully a weak nation but also trampled down the sovereignty and self-determination of a small country as the Republic of Vietnam. In this event, the laws are expressed belligerent by inhumanity without having been enforced for justice-cause. So the respectfulness of the laws is lost by the chicanery.
The super values of the law are clarified by the justice-cause if law has not been enforced thoroughly, we would call the delusive laws of the greatest power. Therefore, we the people should fight for justice as a nation because law is logic symbolized by the rule of law without having dictatorship. Furthermore, the law is expressed by the honor, dignity, and constitution of the people’s race and the nation- as a result, law is law. Finally, when a great power has enacted unjust law to become the constitutional rights, the Great Power America can not represent for modern civilized and progressive society. Of course, a great power and modern civilization does not only esteem law but also loves human beings in all without having to be discriminated against for human rights and deprived of the rights to life of mankind.

Bright Quang Author has been composed for the eighteen books, whilst he’s poet, sculptor and painter’s specialist. He struggles for justice as a prisoner of war of proxy war America in the Republic of Vietnam without having compensated for prisoner of war when the US Congress enacted H.R. 7885 Pub-L 88-205 Approved December 16, 1963 in order to occupy his country. While he came to US on November 23, 1993, graduated a Bachelor Degree in Art, and earned Nonprofit Management in CSU Hayward, East Bay. As a result, the rest of his life fights for justice because perform justice that’s peaceful as demagogy’s anti-justice of the unjust law is become the constitution rights.