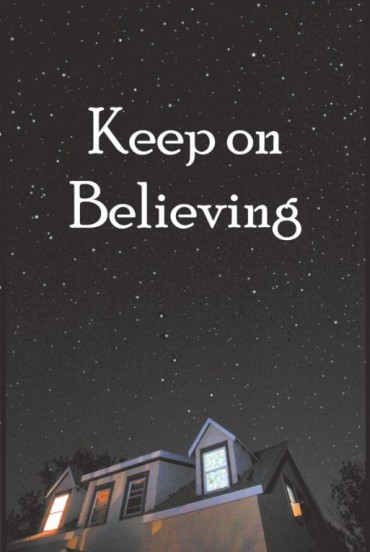 Keep on Believing is the second of two book chronicling the five generational history of a family that took place on several continents and is multiple countries. The first book is entitled, “It is Appointed Unto Men.” It includes many tragedies and triumphs. The victories were the result of “Keeping on Believing.” The Payton story begins in St. Thomas, Ontario, Canada with the death of the four year old brother of Edwin Payton, and the death of Elsie Jones’s and her five sibling’s Mother before she was fourteen years old in Liverpool, England. How Edwin and Elsie found each other is one of the early miracles. The story of their lives together and that of their four children reminds us that when God is involved in people’s lives miracles happen.

The authorship of the book, “Keep on Believing” is the result of the combined cooperation of Edwin and Elsie Payton’s four children, Ernest who passed away in May of 2017, George, Frank and Margaret.