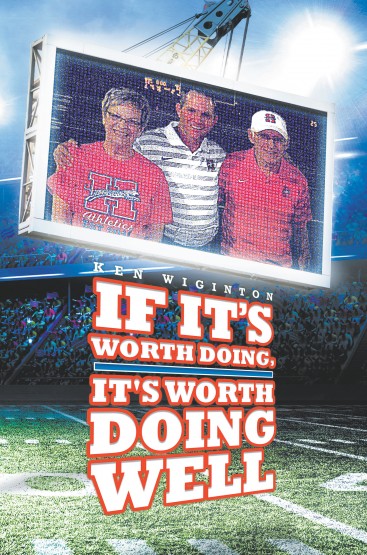 Ken Wiginton and his sister were raised by their loving and incredible mother in Ballinger, Texas. Because their mother doesn’t have the resources to send them both to school, Mr. Wiginton worked hard to find a way to change their lives. After his senior year, he was fortunate enough to receive a full athletic scholarship to play football and basketball at San Angelo Junior College for a year and then transferred to Sam Houston State University.

His four years in college were very significant for him. He enjoyed playing football and basketball. He met new friends and married the best-looking girl on campus. They were blessed with 2 beautiful children, Lee Glyndon Wiginton and Jill Ann Wiginton.

If it’s Worth Doing, It’s worth Doing Well is a book about his High School Coaching career which began in 1963 up to 1999, Thirty-Six glorious years of doing something he loved and got paid for. This book will walk you through all his Ups and Downs as a coach, the schools he worked for and the athletes he coached.

Ken Wiginton is an award-winning basketball and football coach and was a health instructor in eight different schools for 36 years. He spends most of his time supporting his son Lee Wiginton who is following his footsteps as a coach. Currently, he lives in Lampasas Texas with his wife and cat.