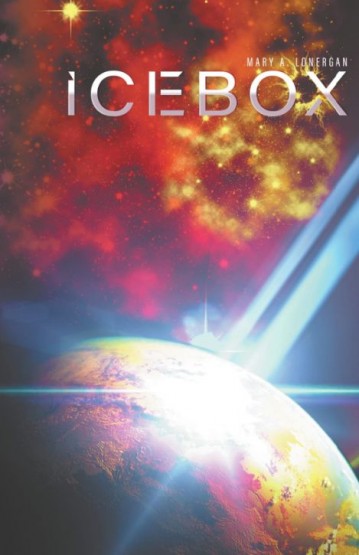 Zella, an Alien from another solar system arrived on Earth to chasten the people, who were destroying their planet. She had orders to rescue only 244,000 qualified people, the ‘Chosen Ones,’ and relocate them to a healthier planet to restart life. But first, with a stern warning that this will be last time for all humanity, and warned not to repeat their ancestor’s past mistakes.

The ‘Chosen Ones’ spent several months lurking inside the Icebox below the ocean, out of sight and sound from the US Navy, but once their location was found, the US Navy begun dropping nuclear bombs to rid them before the world hears the truth.

Finally, with the new qualified people trained for outer space traveling, and safely inside the UFO spacecrafts, taken their leave from Earth, which soon began to break apart from a designed asteroid.

The question remains, who are the ‘Chosen Ones?’

Mary A. Lonergan, a retired Aesthetician and hearing impaired. She is a member of the Canadian Hearing Society and lives in Ontario, Canada along with her husband Mike and their little dog which she has personally trained for a hearing ear dog.
Mary Anne’s love for writing started after their children all left the nest to begin their own adventures. She has previously dabbled with writing Song lyrics which she won awards and she has written and published many poems to her credits. Still something was missing in her life…. Her love for writing stories where she would let her vivid imagination loose and run wild.

I wanted my readers to feel the experience and try to guess the next step in the world of suspense and adventure and be able to put down the book and look forwards to my next book.