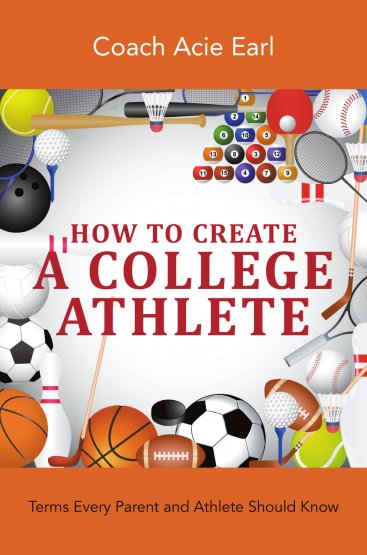 This book will be a must have for all coaches, parents, players, and people who want to learn about high school, college and professional sports. As they say, to know is half the battle and if to know is winning then you will win the arguments when discussing all levels of sports and each sport. These are the power terms that are universal for any athlete when a parent wants them to succeed at the next level and beyond.

Acie B Earl, also known as Coach Earl to the mid-west coaching circle in AAU/travel teams, high school, semi pro leagues, and to his students at Iowa. Acie was born in Peoria, IL and grew up and attended Moline, high school. Earl was chosen in the 1st round, number 19 in the 1993 draft by the Boston Celtics. Acie played 4 years in the NBA for the Celtics, Raptors and Bucks and holds a few Raptors all-time records. After the NBA he played 8 years in 12 countries earning MVP awards in China, Kosovo and Turkey. After his overseas career Acie coached 4 years in the semi pros with the ABA, CBA and WBA. He also coached 5 seasons at Solon High school. After started his own AAU/ travel teams called Venom sports Girls/Boys for 12 years producing over 25 college players. Coach Earl also started http://www.venomsportstraining.com where he trains kids and has hosted camps with Nike and Phenom America.