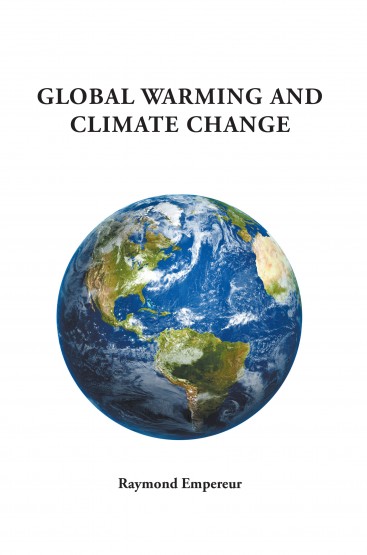 Climate Change and Global Warming: A Brief Primer Including the Paris Agreement of 2015 is an introduction to climate science and the current climate crisis that has developed during the past century. Since the impact of climate change will likely impact the Gen Xers and Millennials the most, this book is also for their benefit. Climate change driven by global warming is not difficult to understand and of the world’s climate scientists, 97% agree that human activity in the consumption of fossil fuel is the primary cause. But there are solutions; it is not too late if we act now.

Raymond W. Empereur, B.A, M.P.A., a senior Baby Boomer, is a retired public health and non-profit executive with over 30 years of combined experience as an executive director/public health administrator for six local public health departments in Northern Illinois and as the non-profit director of a health planning and policy agency based in Rockford, Illinois serving the north central part of the state. He also had the privilege of becoming a licensed “navigator” for the state of Illinois and worked for a time helping people to apply for health insurance under the Affordable Care Act, aka “Obama Care”. Ray lives in Rockford in northern Illinois with his wife and is semi-retired. He and Sherry have two adult married children and five grandchildren. Ray teaches part-time for the Masters of Public Health program at Benedictine University and consults in grant writing and non-profit management for Rockford University. This is his fourth book.