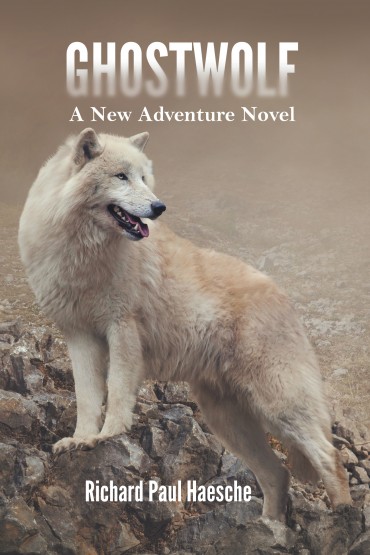 Ethan and Eva Thomas live on a sheep ranch with their father and aunt. As an avid amateur photographer of local wildlife, twelve year old Ethan deplores hunting and guns of any kind. As an animal lover, he maintains a small “trauma ward” in the back of his father’s barn where he nurses wounded animals back to health, then frees them into their natural habitat.
Eva, his ten year old sister, inherited more of her father’s genes and as a consequence, loves guns and hunting and aspires to be a big game hunter and explorer in the Alaska wilderness. Although both enjoy ranch life and the great outdoors, their different natures are constantly at odds with each other.

Then, then, is the story of how a gentle-hearted boy and his tomboy kid sister meet the challenge of dealing with a mysterious white wolf and a terrifying grizzly bear aptly named, “Ol’ Lucifer” who roams the foothills of the Grizzly Mountain Range.

a beginning to grab you,
a middle to hold you
and an ending to haunt you!

Richard lives in a small town in Connecticut. He spent most of his life working as an accountant and field auditor specializing in finance and taxes. It wasn’t until after he retired from the work force that he found the time to prioritize his creative aspirations by becoming a compulsive writer. After graduating from The Institute For Children’s Literature in Westport, Connecticut, he began writing Young Adult and Middle-Grade Juvenile novels. His writing environment consists of a small room, a big desk, a computer, a couple of printers and his inventory of paperback novels.

Anxious to begin writing, he wrote his very first young adult novel in thirty days. After revising, editing and formatting phases were complete, his first manuscript was sent to publishing houses all around the United States, only to return each time accompanied by the standard rejection slip.

Undiscouraged, he wrote five more novels, both young adult and mid-grade juvenile plus a large collection of children’s short stories and poems, all of which he will soon begin to market on his website: www.kreativexpressionsonline.com

They will appear not only in paperback form, but also able to be downloaded as E-Books for people to read on their handheld PDAs. Additionally, he will be marketing his works on CDs and, if things go well, perhaps as audio books.