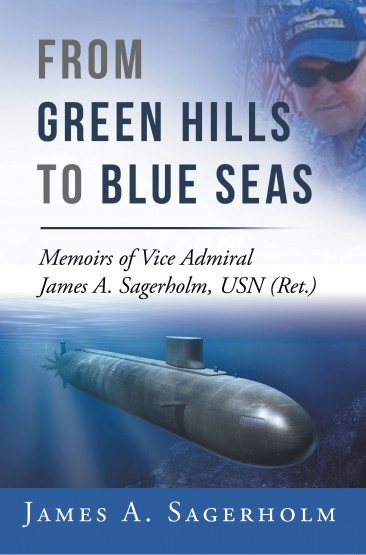 From Green Hills to Blue Seas is the memoir of a young American determined to be a midshipman at the United States Naval Academy. With no nominations available from his state’s members of Congress, he enlists. From such humble beginnings, the young man makes his own way and retires from the US Navy thirty-nine years later in the rank of vice admiral. Beyond being a compelling story of personal success, From Green Hills to Blue Seas is one of a family’s triumph over tragedy and a military community’s legacy of strength and national service. Author James Sagerholm’s only son went on to attend the Naval Academy. Though his life was cut tragically short during a military aircraft accident, his own son grew up knowing his father had been a hero. That boy became a third-generation graduate of the academy, served his country in Afghanistan, and is now a Marine Corps captain. He encouraged his grandfather to write this memoir, drawing together one family’s story―and opening it up to touch the lives of other US Navy families.