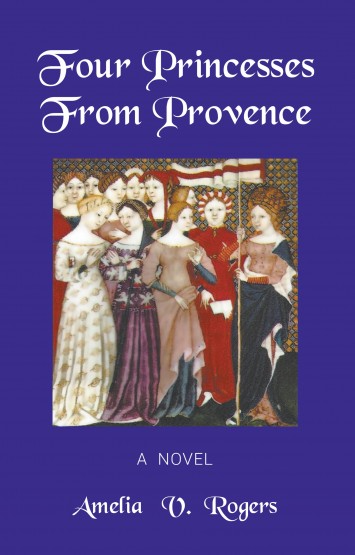 During the Middle Ages noble women were often pawns in the great game of dynastic politics. But some of them were important players in their own right. The four daughters of the Count of Provence used their charms, beauty, and intelligence to move from their father’s small kingdom in the south of France to positions of power across Europe. Marguerite, Eleanor, and Sancha became queens of France, England, and the Kingdom of Sicily. They followed their husbands to new homes where they gave their new lands children and a family life. But the fourth daughter, Beatrice, was different. The man she loved was a political enemy; the man she married was an indifferent and self-absorbed prince who made it clear that political intrigue was more important to him than the love of a gentle and romantic girl from another country. The only happy moments Beatrice enjoyed were spent in secrecy with her lover. But the stakes of her emotional attachment were high and the dangers of a misstep were always great. Based on research into the history of Europe in the thirteenth century and on travel to all of the destinations where these princesses lived, this novel depicts a crucial period as Europe emerged from the slumber of the Dark Ages and began to awake slowly to the promise of modern life.

Amelia Rogers was born in Italy where she spent her formative years studying the classics, linguistics, and European history and literature at the Lycee and University before going on to advanced studies in language in Geneva, Switzerland and Cambridge, England. She came to the United States as the bride of an American businessman and university professor. Over the years, she has built on her knowledge of Classical Linguistics and European History with extensive travel to historical sites in Europe and the Middle East. She has taught Latin, World History, and Literature at a local college in Massachusetts for some ten years and spends part of each year at her home in Paris.