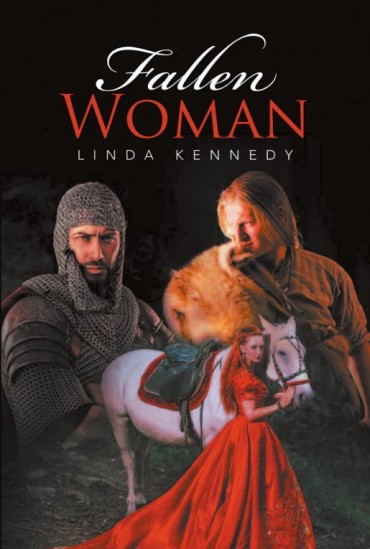 In 1630 England, our heroin Lady Catherine, who has a bastard child is left with an estate that she can’t inherit, because she is a woman. Therefore, the Queen, Henrietta Maria who adores Catherine and lets her take care of her horses, and the King, Charles I who wishes to reward a loyal Knight for 10 years of service decides to arrange a marriage contract so that Catherine will be able to keep her land. The King and Queen arrange for a Norman Knight named, Giles, to enter into a marriage. Giles’s mistress tries to figure out a way not to lose Giles, so she gets him drunk and fills him with lies about Catherine before he is to meet to sign the agreement. Upon arrival the belligerent Knight began belittling Catherine in front of the King and wants no part of the contract unless she gives up her child. All the while not knowing the Queen and Catherine were listening. At this point Catherine is furious and would rather give up her land and the Keep than give up her child.

Linda Kennedy is a 6th generation Texas that lives in Amarillo, Texas. She is a mother of 2 grown daughters and Nana to 5 grandchildren. Linda has done upholstery of furniture for over 40 years, but her true passion has always been to write. At the urging of her family she decided to publish her first novel.