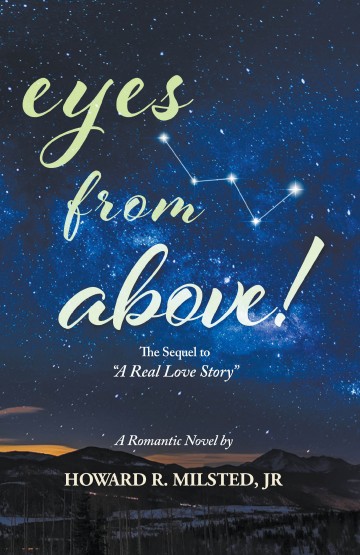 “Eyes from Above” the sequel to “A Real Love Story”, is a romantic novel about a man who experiences great loneliness and deep depression after the death of his beloved wife of forty-eight years. His loss of will to live consumes him until his wife comes to him in visions and urges him to enjoy his life on earth until they are united again for eternity. He meets a much younger woman and the three of them become entwined in a journey of found, lost and then found again happiness. His story will lift the hearts of readers who have suffered great loss.

The picture is Howard with his granddaughter Rebekah.

HOWARD R. MILSTED, JR., a mechanical engineer, has owned and operated a successful mechanical contracting business in suburban Philadelphia for over fifty-eight years. He lives in South Jersey with his fourth collie, Maeve. Howard has authored “A Real Love Story” (prequel to “Eyes from Above”) and a children’s book entitled “Just Another Collie” written for his four companions who brought love, devotion, and joy to his life over the years.

Howard and his late wife enjoyed traveling around the Unites States while they were together. Their trips were highlighted by many book signings for his first two books. Howard and Claire always loved meeting people who were interested in their story and wanted to share their stories in return.