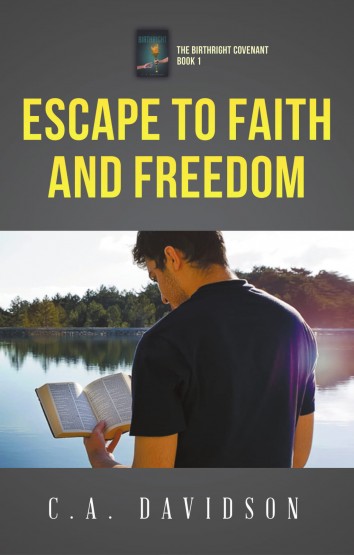 A battle for the very souls of the people he loves. . .

BENJAMIN BENAMOZ FLEES FOR HIS LIFE from the Empire’s tyranny. He finds freedom and faith in Christ, but even in America, vicious enemies seek to wipe out his people and their cherished way of life. As Western Civilization hangs in balance, Ben must restore the ancient birthright to its sacred place. Can he fulfill his epic quest before it’s too late?

C.A. DAVIDSON grew up during the Cold War era, so she writes about the deadly assault on the Judeo-Christian culture that she has seen for herself. Her deep love of faith, family, and freedom has inspired the creation of the Birthright Covenant trilogy. Her mission is to help parents recapture, restore and transmit the biblical values that are heart and soul of Western Civilization, and that are key to the very survival of liberty for rising and future generations.