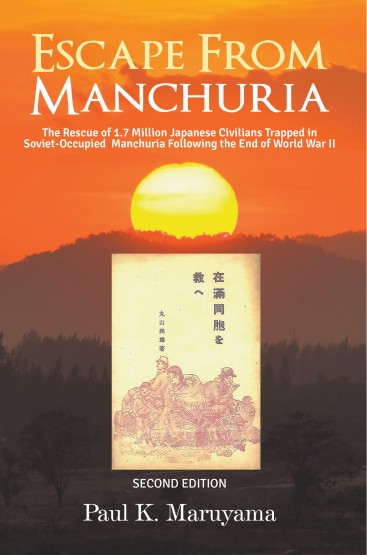 In the closing days of WWII, the Soviet Union attacked and occupied Japanese-controlled northern China, then called Manchuria. Immediately, misery and death from cold, hunger, disease, and brutality descended on the Japanese civilians at the hands of the Soviet Army and revenge-seeking mobs and bandits. Nearly 2,500 Japanese, mostly the elderly and children, died daily. Three courageous Japanese men embarked on a secret mission and escaped to Japan to eventually bring about an end to the Manchurian nightmare. In a riveting story, a son of the leader of the three courageous men narrates to readers a compelling tale of the rescue and repatriation of nearly 1.7 million abandoned non-combatant Japanese that began almost a year after Japan’s surrender. The book describes the indispensable part that General Douglas MacArthur played in the repatriation and discloses the role played by the Catholic Church in Manchuria and Japan in assisting the three men to achieve success. The heroics of the three men have not been fully recognized, even in Japan, because they took on the mission of rescue as private citizens, without the consent or knowledge of the then-utterly helpless Japanese government.