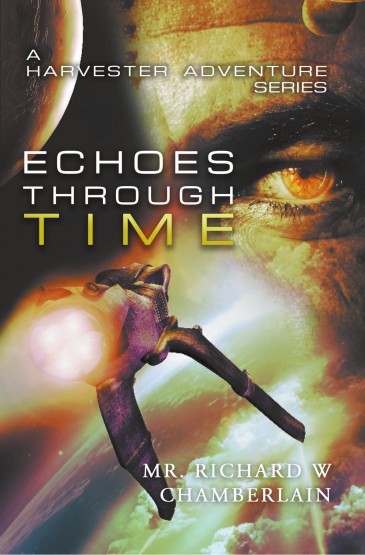 Earth is dying due to an alien object placed in orbit about the Sun. Earth receives a message from the far reaches of deep space informing the Earth space program that it is not allowed to travel any deeper into space than the outer planets. Due to some very extraordinary qualities concerning the strange message, the Earth Council is forced to search all of Earth’s history, both past, present, and future to find a singular young boy for which a special Project will be formed which will place him in training for a trip to the very Center of our Galaxy.

Richard Chamberlain was a part of the Naval Submarine force for twelve years. He was hurt during deployment and then medically discharged. He then entered Idaho State University and attained a degree in Mathematics and studied astrophysics. After graduation he commenced working at Nuclear Power stations on refueling code to refuel nuclear reactors. He worked for sixteen more years in various engineering positions at Nuclear Generating Stations throughout the various states. After he could no longer do that work he turned himself into the DAV. From then on he studied Physics, Mathematics, and various subjects pertaining to Quantum physic and Cosmology. He now writes, reads, and studies Electronics.