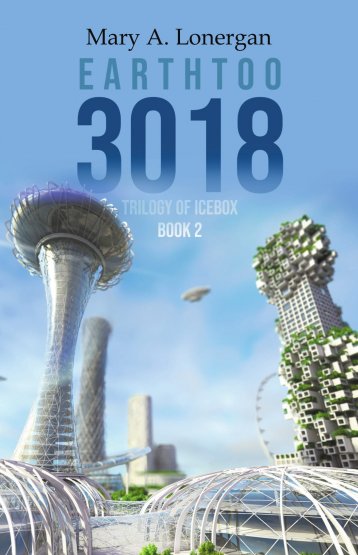 Another adventure with Zella, a thousand-year old alien from G-P657 planet. With 244,000 people she rescued to restart life on a newer planet, with a warning, “Do not repeat your ancestor’s destructive history.” ‘Earthtoo,’ was renamed after old Earth. The great-grand-children of the 244,000 rescued people are now experiencing daring rescues and deep space wars. Read about Tino, the once normal humanoid with a bad ass attitude nearly destroyed their Black Diamond spacecraft, until Slade O’Rourke, the great-grandson of Liam and Maxine, became the Commander and saved everyone. I dare my readers to take this exciting and often hilarious trip.

Mary A. Lonergan, a retired Aesthetician and hearing impaired. She is a member of the Canadian Hearing Society and lives in Ontario, Canada along with her husband Mike and their little dog which she has personally trained for a hearing ear dog.

Mary Anne’s love for writing started after their children all left the nest to begin their own adventures. She has previously dabbled with writing Song lyrics which she won awards and she has written and published many poems to her credits. Still something was missing in her life…. Her love for writing stories where she would let her vivid imagination loose and run wild.

I wanted my readers to feel the experience and try to guess the next step in the world of suspense and adventure and be able to put down the book and look forwards to my next book.