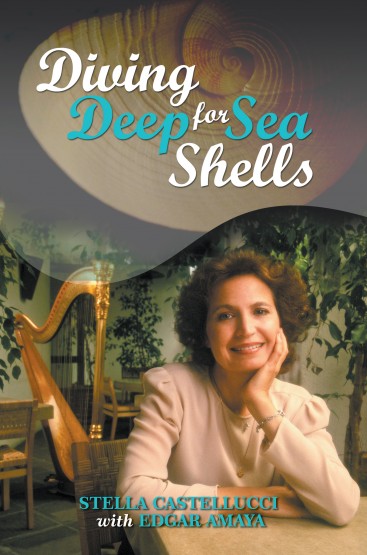 Stella Castellucci tells the story of her remarkable life in music. Born in Los Angeles in 1930 to musician father Louis Castellucci, Stella would go on to continue and further his legacy. Stella joined Peggy Lee’s touring jazz group in 1953. They would form a close friendship that would endure past Peggy’s life. Stella witnessed and took part in a very creative time for Peggy Lee in the 1950’s. They would closely collaborate on the 1958 Decca release Sea Shells.

Learn the story behind the making of these and other classic recordings, including the Ella Fitzgerald and Louis Armstrong album Porgy & Bess. Stella remains a devoted friend to her “Big Sister” Peggy, even appearing for Lee’s 92nd birthday celebrations in North Dakota. This book was created through extensive email exchanges, phone conversations and visits between Stella and Edgar. We hope that the love and joy in writing it carries over to our readers. Fans of Jazz, Peggy Lee, harp music and the album Sea Shells are sure to enjoy the look back.